Off the Cliff: How the Making of Thelma & Louise Drove Hollywood to the Edge 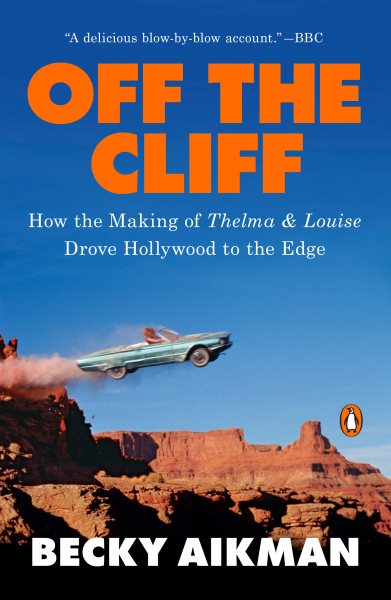 Off the Cliff tells the story of how Thelma & Louise made it from a woman video producer's legal pad draft to a Ridley Scott Production. Aikman interviewed lots of the players, from screenwriter Callie Khouri to Scott, agents, producers, designers, cast, and crew. Even though I've seen the movie who knows how many times, the book was suspenseful and surprising. e.g., I didn't remember who'd won what awards, and I definitely didn't know the casting ins and outs. True story: Jodie Foster and Michelle Pfeiffer were the first stars attached. Since there aren't many great parts for women, pretty much every late 1980s female star was vying to be in it.

Aikman did her research on sexism in Hollywood, too. Her quotations and statistics are linked to their sources (in the ebook, anyway--not sure how citations are handled in print). And guess what? Despite T&L's massive success showing that women can carry a movie and make money and all that, pretty much nothing has changed, demographics-wise. That goes for people with extraordinary privilege and access, too, like Becky Pollack, daughter of Sydney, who didn't get the same pass a male 2nd gen movie mogul would. To anyone who thinks #metoo came out of nowhere, there are dozens of examples of women facing sexual harassment in OtC.