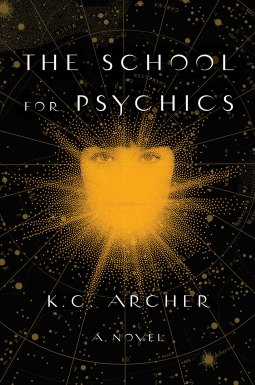 Anyway, School for Psychics is a new-adult novel that starts in a Las Vegas casino with an epileptic gambler wearing a fat suit because she's been banned from every joint on the strip. As it turns out, Teddy isn't epileptic, she's psychic, and being recruited to join a secret elite training program off the San Francisco coast.

I spent the first half of the book following clues as to the gender, race, etc. of the author. I was thinking dude because early on Teddy tells a cabbie she doesn't gamble "like a little lady" and what does a feminist think is wrong with being a little lady? But of course woman does not equal feminist. I'm still not sure the gender of the author, but I'm pretty sure it's not non-binary because SfP doesn't any trans-identified characters--not even queer, for the love of dog. I feel confident Archer is white because there are a couple few incidentally of color characters, but nothing identifiable about marginalized experiences.

The story is relatively compelling and ends on an ellipses that makes me want to maybe read the next one.