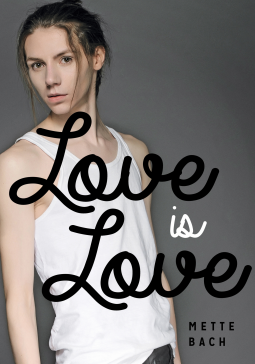 This is a light, sweet book about a girl, Emmy, who has moved from her home town to live with her uncle's family, the uncle being the father of Emmy's dead father. Emmy has a cousin, Paige, who is a moderately good (okay, kind of bad) host who does Emmy one solid: introducing her to Jude, a barista, who has begun using he/him pronouns.

It's pretty much girl-meets-boy, etc. The boy, as is often the case in YA love stories about troubled girls, is close to perfect. Jude is mature, thoughtful, and wise, but has his own problems, like being kicked out of his house for not being Judy anymore and not being able to afford top surgery.

Favorite image in the book, Emmy drenching a "fist-sized" portion of Lucky Charms with milk.