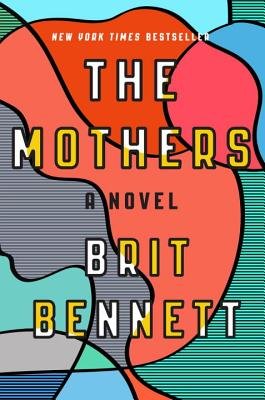 The titular "mothers" are a Greek chorus of church elderwomen, whether they are literal mothers or not. I'm not sure if protagonist Nadia Turner is guilty of hubris or some other sin, or if she's innocent, but the mothers, like the rest of their community are judgy.

I am, in fact, confused if the novel's inciting incident, an abortion is a sin. Certainly Nadia is pitted against her once and former best friend Aubrey, who works hard to get pregnant and carry her baby to term--with Luke, the same man who impregnated Nadia.

In the end, Nadia isn't using the higher education she achieved by not having a child. The one pleasing-to-the-mothers thing Nadia does is come home and take care of her daddy when he injures himself, and sticks around, also attending to the Mothers' needs, like driving them to appointments.

My concern about the Mothers' (or maybe the author's?) anti-choice stance aside, The Mothers is a good read. And Nadia is a complicated heroine. She and Luke are crazy in love, yet, Nadia needs her space.

"What're you thinking about? he asked after.

"Ask what I'm thinking. As soon as you ask, my mind just goes blank."

Later in the night, she shrugged his arm off her. She felt sweaty with him hugging her all night. Sometimes she wondered if she only loved him when it was cold, in the middle of winter when everything was dead.

The couple live in Southern California, so the dead of winter isn't much of a thing. Maybe Nadia's ease with the cold and dead are why she goes to Michigan for college and Chicago for law school. I'm sympathetic to Luke, but I'm more likely to be #TeamNadia when it comes to intimate relations.

I dogeared this page about Nadia's first return home after leaving for college.

In the San Diego Airport bathroom, she fixed her hair while two Mexican women spoke Spanish beside her, and even though she could only understand snatches of words, she felt grateful for the familiar foreign sound.

Isn't "familiar foreign" the best phrase to convey feeling apart fom your hometown? Distant from it, even while warmed by it?

All of the primary players in this novel are Black, as is the author. In Nadia's community race and identity are a given. Bennett doesn't gloss over race; race is an underpinning. It's just not a thing to be discussed until Nadia gets asked out in law school by a "golden boy from Maine" from a long line of attorneys.

When he'd first asked her out at a party after their first semester finals, she'd told him she doubted they had anything in common.

He liked to refer to his whiteness the way all liberals did: only acknowledging it when he felt oppressed by it, otherwise pretending it didn't exist.

And here's an image I'm dazzled by, but haven't yet figured out, "A moth fluttered into the waiting room, its brown wings as thin as a scab."

A scab! Is it a labor reference? That passage is about Aubrey in the waiting room at a fertility clinic. Is she a replacement mother for Nadia? A few sentences later the moth is likened to an arrowhead.

Please read this book so we can talk about it. My copy is an ARC I got at ALA. I'll mail it to you if you want. Email me.