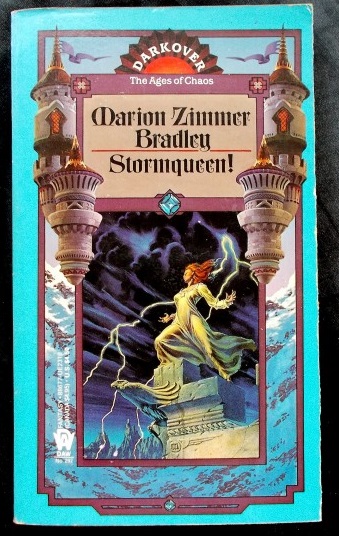 Marion Zimmer Bradley was reluctant to write a story that didn't have to do with the interaction between Darkover and the empire, but she wanted to please her fans. She wrote a novel that takes place during the "Ages of Chaos" before the Compact that kept people from using weapons of mass destruction was established. Instead, psychic warfare was hardcore, with psi-powered napalm and spelled attacks. It was also a time of genetic breeding, which Bradley seems to go to pains to both condemn and explain.

I'm reading the Darkover series this time through with the knowledge that Bradley is accused of raping her daughter. This episode is rife with incestual themes, from a sex nonhuman made from a man's DNA that gives him and extra thrill because of the daughterishness of her to a proposed marriage between half-siblings.

Like many of the Darkover novels, this one is overwritten. It's 364 pages and probably could have been 100 fewer.