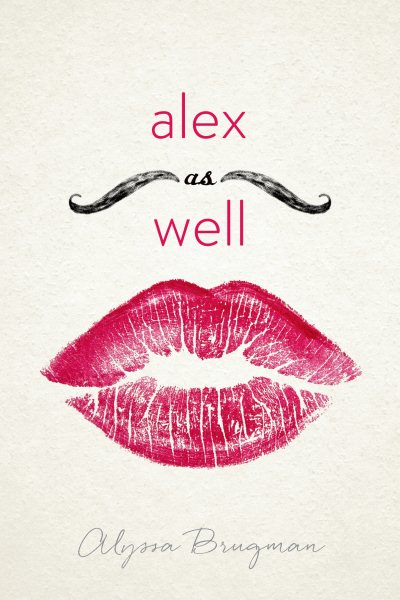 Alex's parents neglected to tell her that she is intersex, much less consult her about her gender identity. They decided the existence of "noodle" declared her a dood and proceeded to dose her with t, from infancy. Shocking that she got kicked out of pre-school for being violent, which of course was very hard on...Alex's mother.

Alex's mother is flat-out horrible, as are most of the female characters in Alex as Well. There is a female love interest, but she's mostly pretty, not much of a sense of humor, though she is athletic and academically high achieving.

I appreciate the story of an intersex kid trying to reconcile identities and take charge of her life, especially in the face of parental selfishness and cruelty, a lack of information and resources, and zero friends. But...Alex's mother really is cartoonishly awful, and the lack of positive female characters combined with Alex's fixation on clothes made me uncomfortable. I am a cis woman, so wtf do I know about genderqueer experiences? I can just say, as a piece of fiction, Alex is off-putting. Alex still has plenty of T in her system, and has a lot of obnoxious bro in her, despite her taste in skirts.

For me the most successful parts of the novel are when Alex is combining traditionally gendered accessories to express herself.