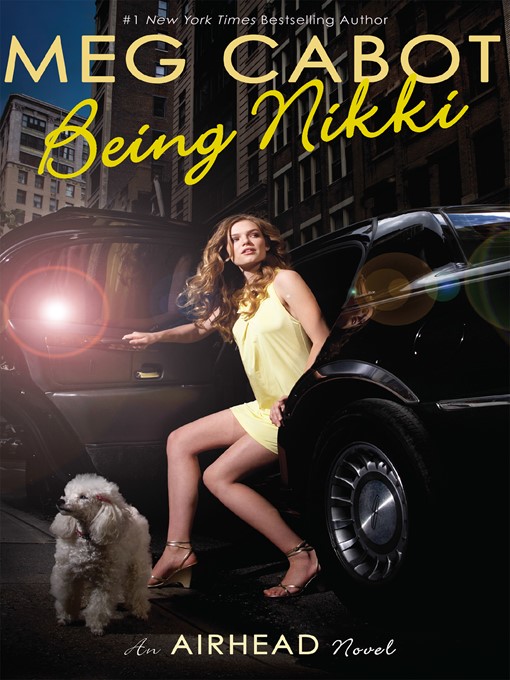 Part two of the Airhead trilogy finds Em Watts where we left her--living in supermodel Nikki Howard's body, longing to get out of the friend zone with her longtime bestie Christopher, and figuring out what Stark Enterprises (the corporation that underwrote her brain transplant) is up to.

Back when Em was in her own body she'd tried to be macho, which I guess is what Cabot is presenting to us as Em's mistake?

Back in my old body, I'd always made a point to do everything for myself in front of him, like if I showed the slightest female weakness, he might think less of me somehow. If there was a bug on the floor? I squashed it. If something was too high for me to reach on a shelf? I got a chair and climbed it. If the lid to the peanut butter jar was on too tight? Id' have gone all the way to my own apartment and asked my dad to open it before I'd have asked Christopher.

But now...now I was wondering if this had been the wisest strategy. I mean, did you really get guys by acting like you didn't need them?

I mean--that's real, societally, and it feels like the rules change during puberty, only a lot of girls don't get the memo on time that while being in any way girly is uncool for girls, but is required for young women. Even so, it's not the most enlightened passage I've ever read, in that it goes uncritiqued by this daughter of a women's studies professor.

Em is hard on her former self, but also on her new body's persona, calling it pretty, but not particularly useful. In the meantime, Christopher is likening current-day America and its dependence on Stark Enterprises produced/important cheap goods to ancient Rome, as in, on the way out. And he's not wrong.