Carey's new paranormal series has a wide variety of magical creatures, including mermaids, norns (?) and your run-of-the-mill vampires and werewolves. The protagonist, Daisy Johanssen, is a halfie, herself, a hell-spawn doing her best to not invoke her birthright and thereby destroying the world. She's also a file clerk at the local PD, doing supernatural detective work on the QT. 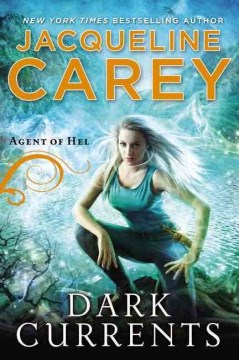 So far there's no nookie, but the first book still has a romance-y vibe. It's compelling enough that I've already saved the second installment in a to-read folder. (Like that means anything, since I've got about 300 titles in various folders and lists!)

I also like that Carey doesn't assume heteronormativity, "Back at the river's edge, Lurine deposited me gently on solid ground before shifting back to her human guise, the imposing millennia-old monster resuming the form of every heterosexual fourteen-year-old boy's wet dream."

She repeats that the Kinsey scale differs when it comes to supes. Daisy says she's hetero with humans, but is frequently attracted to female others.