In part two of Carlson's Blooded series, the only female werewolf in the world is on a mission to rescue her mate, a werecat (of an as yet unidentified genus) with barely a cameo role in this installment. She's fighting a powerful goddess and there are stakes beyond saving her dude, like preventing a war between supernatural sects. 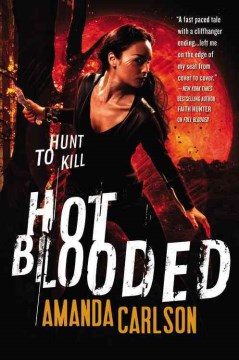 The book is action-packed. Too action-packed, really. It ends up feeling a little one-note. I like the set-up and the characters well enough, I guess. I'll read the next book, but I can't help wishing that Carlson relied less heavily on the protagonist's unprecedented power and her all-consuming love for her mancat. I believe she can do better.