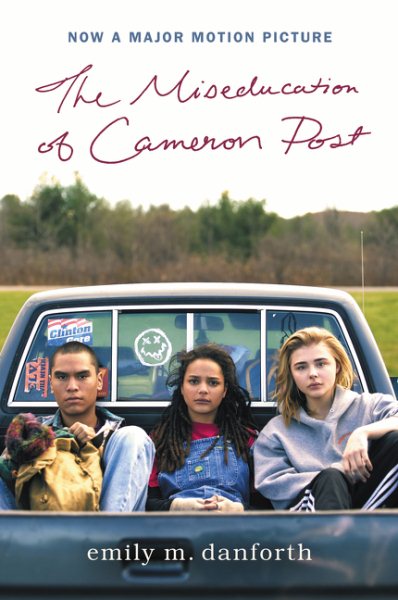 We meet Cameron the day she becomes an orphan--and also the day she first kisses another girl, Irene. I forget how old she is when these two things happen. 11 or so? An age when it's not surprising that she connects the two, especially when her Born Again aunt arrives on the scene to take over as Cameron's guardian. Cameron and Irene's relationship is never the same again. Irene's family gets rich off some dinosaur bones found on their farm and goes off to boarding school in the east, leaving Cameron alone with her secret. But, as it turns out, it's not that easy to hide who you are, and a couple hundred pages later, Cameron finds herself at a degayification school. Even with the horror of being in a school that thinks she's going to hell, Cameron is struggling more with her parents' death than her sexuality.