For Today I Am a Boy 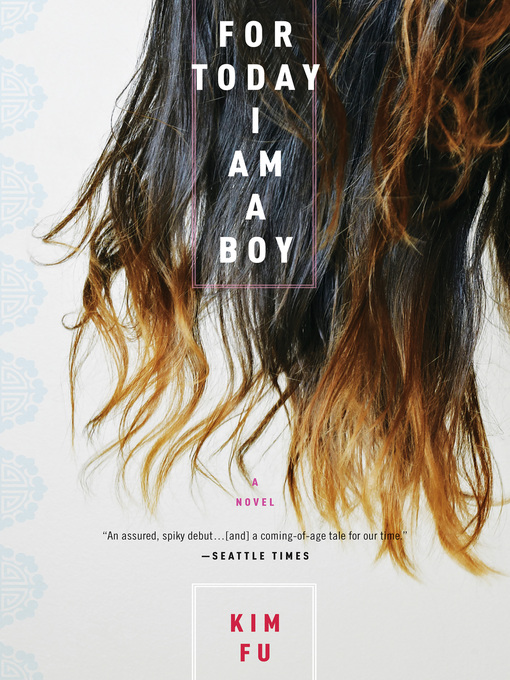 Somehow I thought this was a YA novel, so I was surprised by how subtle and slowly unspooling it was. I don't mean that in a bad way, I just thought it would be...simpler. Peter Huang is a girl--and his father's only son, which is a big deal to a Chinese dad. Theirs is a family of, not exactly secrets, but of privacy. The Huangs speak only English at home, even though the parents are immigrants. They never speak of China. Father Huang finds satisfaction as a Canadian passport officer, even if the job requires him to use his abandoned Cantonese.

Peter's three sisters, Adele, Helen, and Bonnie end up far-flung mostly estranged from one another, with Peter being the most in touch with each. Adele, the oldest, is beautiful, and it is she Peter wishes (he) was. I put the (he) in parentheses because Peter has no idea that there is such a thing as transgender or that there is the possibility he can live his true life. He makes his way from small town Ontario to Montreal, hoping to find a bigger life, but instead spends all of his time in restaurant kitchens, as a cook.

This is how their mom is

I watched the back of our mother as she shelled shrimp in the sink, her spine rigid and visible through a cotton shift. She inhaled sharply as she cut her finger on a spiky leg. She lifted her finger high enough for me to see the drop of red falling into the bowl of naked shrimp, and then she went on. Their briny gray juices got into her wound, and she went on. We would eat her blood for dinner.

Is that not the most deliciously creepy evocation of a distant, disappointed immigrant mother?

And here's a reforming lesbian on sex

A man thrusting insider her had felt good, like voting or getting your teeth cleaned.

I love getting my teeth cleaned. What does that say about my sexuality???