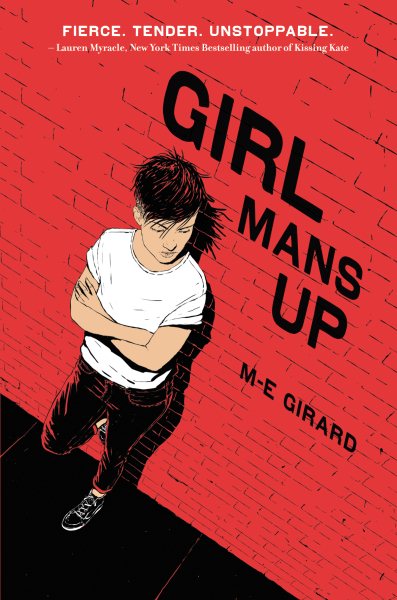 Pen is a butch lesbian without any women friends. Her crew is led by her best friend Colby, a womanizer who uses Pen as his advance person to pick up chicks, because she's nonthreatening to Colby's marks, and she's not competition. Theoretically.

Pens peers have accepted her sexuality, even if some of them are dicks about it, but her Portugeues immigrant parents still think Pen is going to wear a white dress to her wedding to a man. It's kind of cute/infuriating how her mom tries to meet in the middle. Pen favors black band, game, or Ninja Turtles T-shirts, so Ma Oliveira thinks she's nailed it when she buys Pen some black T-shirts with princess designs. That goes over as well as you might think. At least Pen has an ally in her older brother Johnny, who lives in the family's basement apartment. His relationship with their parents is as rocky as Pen's though. Apparently immigrant parents can be hard to please.

I like that the story is as much about Pen finding a girl friend as it is about finding a girlfriend. It's also about teenage Pen figuring out who/what/how she wants to be in the world, and it's revelatory about what it's like going through high school as the lone/rare visible queer in her Ontario suburb.

There have to be at least thirty strangers in this house; it would be nice if one or two of them were queer in some way. I'd take a super-flaming gay dude even. Just someone else to stand out a little with me. And if there was another queer person here, then I could kid of assume the rest of these people aren't jerks. But it's just me. It's always just me.

Often endings are bad. Let me just say, the ending to GMU is beautiful and hella queer.

Finally, the sweetest thing is Girard thanking fellow YA lesbian novelist Julie Anne Peters in her acknowledgments for "sparking my love of contemporary queer YA" and naming Pen's high school St. Peters in Julie Anne's honor.