Once a Dancer: an Autobiograph 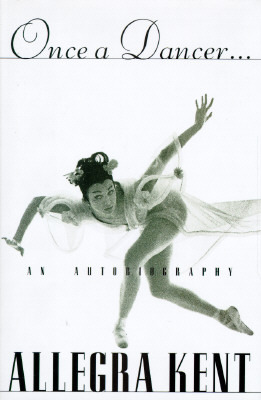 Uh. I finished this ten days ago, and a lot has happened since then. The first half was easier to read than the second, as Kent's fortunes declined. Maybe this quotation captures the issue:

When I was fifteen, Mr. Ballanchine had told someone he'd never seen such raw talent. However, at twenty-one, I was still raw talent.

She's a good writer, but the photos could have been better. She spent the last few years of her NYCB contract getting paid a full salary for dancing one performance a year, a sort of payback for being underpaid while she was a principal with a rich husband.

LOL these letters about commuting in the 1970s:

At this moment I'm stuck on the train; all signals are out of whack.

There is no power; my train has lost its energy source. We are somewhere on the tracks.

Hello from the future! It is the past!

Now she teaches at Barnard. I had no idea!