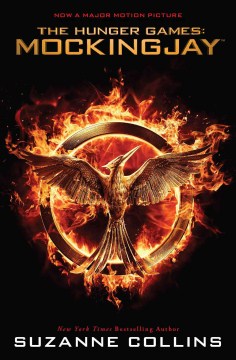 This is my second time through the Hunger Games series. I don't think I cared last time, but this time, I've concluded that I'm #TeamPeeta.

Gale was more bloodthirsty this time than I remembered. Katniss doesn't need that. She needs a guy who is critical and clever, but also nice.

But back to the substance of the book, if the love story is not the substance, Mockingjay is the most grown-up of the series. 17-year-old Katniss acknowledges that no one has treated her like a kid in a long time. She matures when she doesn't have anyone she can trust, and it's pretty clear that though there's plenty of wrong, there's not a lot of right. I like that she also breaks down frequently. That kind of life would have to be a strain!

In the hospital, I find my mother, the only one I trust to care for them. It takes her a minute to place the three, given their current condition, but already she wears a look of consternation. And I know it's not a result of seeing abused bodies, because they were daily fair in District 12, but the realization that this sort of thing goes on in 13 as well.