A San Diego teen gets hit by a car and killed. Then she is brought back to life and learns she has about three weeks to stop the world from being destroyed. Yes. I've hit the point in the academic year, when I can really only handle YA dystopias and novels about werewolves. 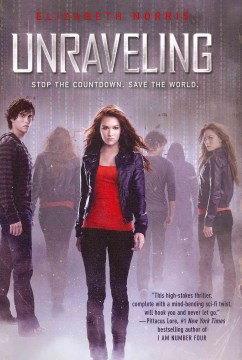 Janelle Tenner is a likable protagonist, smart and hardworking, who adores her FBI agent dad and younger brother and whose mother's bipolar disorder leaves Janelle with a lot of household crap to deal with in addition to her AP classes.

Shockingly, Unraveling, while a bit of a romance does not contain a love triangle. Other than that spot of originality, while it's a compelling book, it's not particularly sophisticated. For me, at this moment, that's part of its charm, and I've already started the sequel Unbreakable.

"I've hit the point in the

"I've hit the point in the academic year" -- yes, so much this. I'm going back and forth on dystopia -- sometimes it just bums me out too much -- and interleaving with just plain YA. Everyone in my house read all of Rebecca Stead's books recently, which were delightful. I'm reading Shards & Ashes too, dystopian stories which are pretty decent.

Maura--how nice that you read

Maura--how nice that you read my blog! I thought it was just Laura, Kate and Emily.

I'd check out Rebecca Stead, but I'm allergic to tween lit. I just added Shards & Ashes to my NYPL for later shelf, though.

Reading too much YA dystopia can cause one to think the end is nigh, especially when nature acts up.

Long time lurker, &c. :) I'm especially fond of your book reviews -- I sometimes have a hard time finding stuff to read and it's wonderful when my feedreader picks up a new post from you.