In the Light of What We See 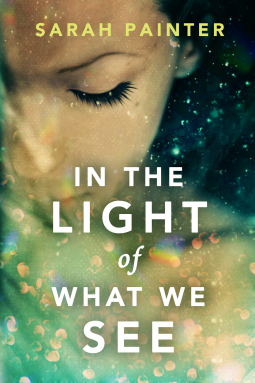 I keep wanting to describe the two narratives as parallel, but they're not exactly, since the protagonists share one point of contact. Grace is a mid-twentieth century nurse thrown into a hospital residency in shame. Mina is a medical Ph.D thrown into a residency at her own hospital by a car accident she can't remember.

I found the book compelling while I was reading it, though Mina's awful boyfriend is hard to take. It's good that the chapters alternate, so you get a break from her textbook abuser. (Mark doesn't abuse textbooks that I know about. I'm saying he controls Mina, lies to, manipulates and isolates her in the name of protecting her.) Grace has her own problems--a lechy surgeon and a bunch of scary nuns with all the power.

Both women have a touch of magic in them. Mina sees birds that aren't there, and Grace sees black shadows on sick people, including herself when she's at her lowest. Mina is the more complex, partially because of how her memory slowly returns as her brain heals, but mostly because she's a cold, unfriendly person who doesn't love those qualities in herself, but recognizes and accepts them. She begins to make friends with a co-worker she'd previously been distant with. Parveen brings Mina a cellphone since Mark refuses to do so.

'Just visiting my phone,' she said. 'Checking you're not mistreating him.'

'It's a boy?' I struggled to sit up and Parveen tucked a pillow behind my back while continuing her treatise on gadget gender. 'All mobiles are male. iPods are female. Not sure about tablets.'

I liked seeing her. She was an envoy from the outside world.

Mina is better for her accident and recovery, and Grace's fall from grace may have saved her, too.

The book is identifed as "women's fiction," which annoys me.