You Bring the Distant Near 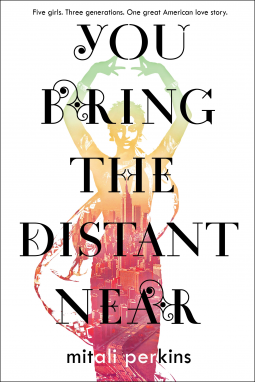 The women (I think just the women? Maybe the dad has one turn at narrating?) of the Das family tell their story as they emigrate from the UK, first to Queens and then to New Jersey. As the first generation of daughters (Tara and Sonia) grow up, one returning to India where they were born, and the other to Harlem.

Tara, called Starry by her family, is an actor, who slips into roles in order to fit in. In London, she was Twiggy, in NYC, she comes Marcia Brady. (Did I mention it's the 70s?) Sonia gives fewer fucks about getting along with people. She's darker skinned than Tara, a feminist, and a reader. The first thing Sona does in Flushing is procure her library card.

"What can I do for you?" the librarian asks. Hers is the first white face we've seen today.

Identity is a theme for all of the Dases, whether it's racial, national, or marital. It's a compelling book, but I was taken aback when the first voice other than Tara and Sonia's chimed in. I didn't expect the narrative to change hands so much. It's not a bad thing, but because it wasn't signaled, it felt like the story had a first half: the real story and a long denouement. Again, not bad, just a hair fractured.

I liked the focus on the other women, especially Tara and Sonia's mother Ranee, who does the most growing and changing of any of the characters--and all in her late middle age.