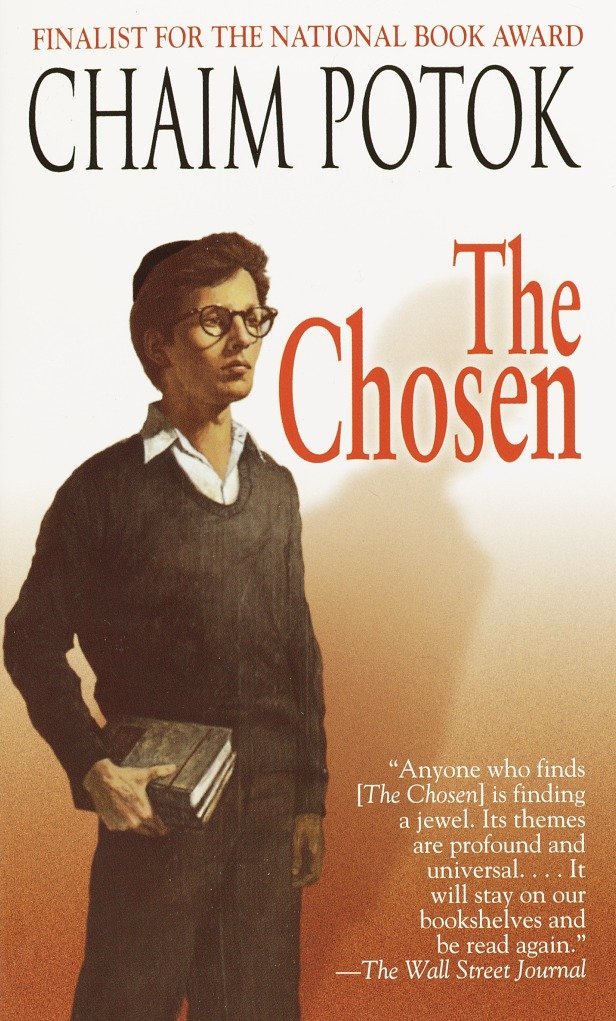 Can an orthodox Jewish boy and a Hasid be friends? It's weird, but it works, until Zionism happens. Danny Saunders's dad, a Hasidic tzaddik is not into a Jewish state led by fake Jews (non-Hasids). Danny is pro, but not expressing his opinion. His bestie Reuven, an out Zionist gets banned from the Saunders household, which is a bummer for Danny, because his father doesn't talk to him. It's a soul thing; Reuven doesn't understand.

This is my third or possibly 4th read of the 1976 publication, but I can't remember the last time I read it. I picked it up from my brother and sister-in-law's guest room bookshelf. Danny and Reuven sure are studiers. That's all they do in their spare time after they stop playing baseball, which is weird, I guess, but whatever.

My real takeaway from this read is that the mid-twentieth century Jewish narrative is that the Jews have been persecuted for 2,000, which is basically how long Christianity has been around. I don't get how that entitled them to an Arab/Muslim homeland. It seems to me that Muslim Arabs really only got into it with Jews was after the Jews occupied their land. It also seems to me that Judaism is a lot more like Islam than it is like Christianity, so I don't get where Judeo-Christian gets off being a thing.

I'm back to not reading books by white dudes for a while!