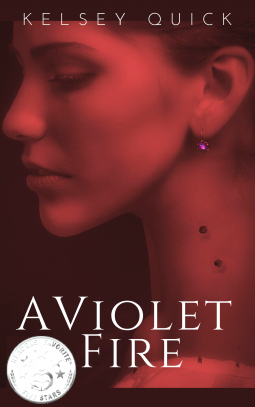 Wavorly is enslaved to the vampire who killed her family, but it's complicated. Or IS IT? In Quick's world, vampires rule, and humans are supply units. They were bred to it, though, so they don't mind. They consider it a duty, or even an honor. But Wavorly wasn't raised that way, and she considers it slavery, even if she feels close to her captor, Zein. Zein appreciates Wavorly's independence. Do they love each other? Is that possible in such an unequal relationship? These are the questions brought up in Quick's vampire series. Maybe not the newest concept, but one that is openly and questioningly explored.