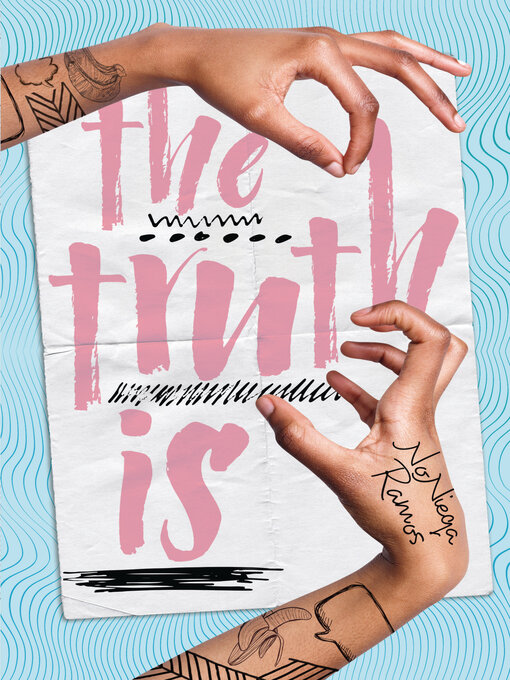 15-year-old Verdad is going through it: her best friend Blanca was killed (and Verdad was injured) in a mass shooting, her mom is relentless, her dad has a new family, she's discovering things about her sexuality, and racial/ethnic/linguistic wedges at school that pit students of color against one another. You may remember that Ramos's previous book, The Disturbed Girl's Dictionary, was my favorite read of 2017, so The Truth had a lot to live up to. Verdad is a completely different protagonist than Disturbed's Macy. Her parents aren't the best, but they're also not the worst, but unlike Macy, Verdad doesn't have a best friend anymore, or a sibling to make her feel less alone. Verdad is really good at school, though, unlike Macy (who is plenty smart, but not exactly on the AP track).

You get a sense of where Verdad's at in the world on page one, in a menstruation observation!

The way I see it, love is just like your period. One day you're bleeding out of nowhere and it hurts, and that mess goes on for mostly the rest of your life.

Ah, youth. The average US menstruator will live about 30 years after they stop bleeding. Maybe they'll lose their lover around the same time, though...?

Nearly a year after Blanca's death, Verdad is still saving a seat in the back of every classroom, seats where both girls can see the door and duck in case a shooter. Her take on violence is that

Devastating true fact. Like this case of being racially provided in a Hello Kitty store while shopping with Blanca

that image is so apt! This "chinito" store owner with purple glasses, prepared to kill herself stinging to get to their sweetness. Or maybe it's the everyday sinister nature of an insect and a childhood pleasure...? I can't say exactly, but whatever it is, it got me.

Verdad is a violinist, who says she only every feels when she is bowing her instrument. I wonder if she's an Aquarius.

I love her description of insomnia

Now my mind has a mind of its own and pops the trunk.

Also an evocative metaphor. Trunks can carry important stuff, like jumper cables, a spare tire, a warm coat, or they can be full of detritus. Or both! One last rich description

Normally, the day is like an abacus, stones sliding from one groove to the next and back again.

An abacus! Where did that even come from? I equate an abacus with counting and money and the stones with inanimacy. Gah! NoNieqa Ramos!

PS I just registered the title The Truth Is. I know enough Spanish to know what Verdad means, but I didn't put them together until just now.