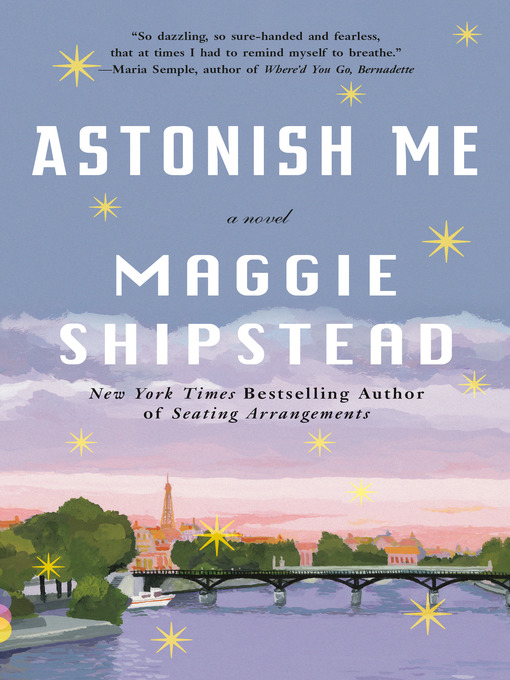 Protagonist Joan is a member of the corps of a NYC-based ballet company. She's had a great love affair with a Russian defector and ballet superstar.

The story is told in just about everyone's voice, which I don't love, but serves its purpose. I won't say too much about the plot in the review because one of the Library of Congress Subject Headings is Secrets--Fiction, and I don't want to give the secrets away.

In a way, the whole book is secrets and subtle changes in Joan's and the others lives, so it's hard to write about. The other main characters in the story are Joan's ballet friend Elaine, who is a soloist; Joan's husband Jacob; their son, Harry; the girl-next-door, Chloe; and Arslan, the Russian defector superstar. Each of their stories is sensitively told; each is real, perhaps because of the omniscient narration that I admitted to not loving.

There are some neat observations, like when Harry and Chloe are at an awkward stage in their friendship

If they were younger, they would have dived for rings or invented events for pool Olympics or done water ballet. If they were older, they would ahve known to float peacefully on the rafts or lie roasting on the chaises. But they didn't know how to play anymore. They treaded water, chins at the surface.

When life gets hard for Chloe, "The Sugar Plum Fairy is no longer the role she dreams of but Manon, the fallen courtesan who dies in a swamp."

That's so harsh and beautiful at the same time.

Since I was reading this in ebook form, I wasn't tuned into the title and it didn't register with me until the end, when it did. I wasn't all the way astonished, perhaps, but I was moved.