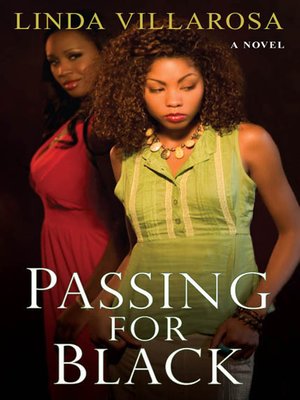 Protagonist Angela Wright has quashed her attraction to women for most of her life. She's engaged to Keith Redfield, a successful Black professor, but is not that into him when she meets his nemesis at the university, a white lesbian feminist named Cait. Angela is immediately, uncontrollably hot for Caitlin Getty, but Cait isn't perfect either. She's part of a woman-born-woman group, and is in some ways as controlling as Keith.

The woman-born-woman thing isn't entirely resolved by the end of the novel, but that's not the primary issue for Angela. She's trying to reconcile her seemingly dual identities--Black woman and queer woman. She faces additional pressure from her mother, a homophobic prominent Black activist.

Angela mocks Keith, describing his corporate race theory that "every black person must have a mutual fund in order to move the race forward." and that her cousins call him "Malcolm Gen-X behind his back."

She's got some racy language remembering "the dangerous feeling of touching Caitlin's hand. Slipping my hand into my bag I lightly fingered the fold of the flyer." "Fingered." "Fold." I like this evocative passage, too, about her best friend Mae, "she managed to keep the more textured aspects of her persona secreted away, like an intricately folded dollar stuffed into her brassiere." Then there's Keith, whose "suit fit him like a latex glove." The addition of the word "latex" simultaneously evokes sex and sterility, and makes you question the more typical phrase "fit him like a glove." Regular gloves--not nearly as fitted as latex gloves! That's contrasted with a later description of Cait's hand, which "felt oversize, like one of those spongy green 'number one' souvenirs that fans wave at sporting events.

Angela is less overtly critical of Cait that I suspect many feminist readers will be, but that sporting event analogy brings out Cait's flavor of feminist militancy in a satisfying way.

A gay male hairdresser gets some good digs in at Angela's homophobic posse, telling them that "Using the Bible any way you feel like by picking out the parts that suit you then ignoring the rest" is wrong. He brings up a passage about slavery to illustrate his point, "'slaves, be obedient to those who are your earthly masters, with fear and trembling, in a singleness of heart, as to Christ.'"

I appreciate that no one in Angela's world is uncomplicated, but that they're all lovable anyway, including her.