The Heartbeats of Wing Jones 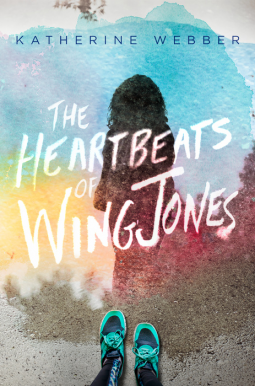 Wing Jones is not alone in idolizing her older brother, football star Marcus. She's also not the only one who wants to get with Marcus's best friend Aaron. Wing is a sophomore to Marcus's senior. Both are of Ghanaian and Chinese descent, but to Wing it seems like those two ancestries look better on her brother than they do on her. Marcus is popular and has had the same girlfriend since junior high, which make Wing thinks she's right about being inferior to her brother. Until a Bad Thing happens that makes Wing question her perception of Marcus as perfect, and it Hurts.

These aren't the kind of tears that give you a sense of relief or wash the pain away. These tears hurt. Each and every one has made the perilous journey from my heart to my eyes.

Yowza, and so evocative. Later on, in an incisive analogy, Marcus's girlfriend Monica tries to make nice with Wing, and Wing isn't having it.

...there's a touch of pity in her voice, like a pat of butter scraped over burnt toast. LIke she knows what she's saying is going to make me feel like crap but maybe if she says it in a nice way it won't.

I think you shouldn't serve burnt toast at all, but that's just my opinion.

The "scrape" and the "burnt" are searing to me, telling me how brittle Wing's emotions are. Later she describes her pain as "[stuck] to me like gum to the bottom of my shoe: no matter how much I scrape, it won't come off, and as time has gone by, it's started to just become part of the show, part of me, and I can't remember it not being there."

That "scrape" again, and captures the experience of grief perfectly, how it doesn't go away; it just gets absorbed.

The bottom of her shoe has become increasingly important to Wing, as she's discovered a previously unknown talent for running. Others discover this talent, too, include an "ice-blonde" who is in a position to reward/exploit her talent.

She looks at me like right now I'm just a rock but with enough pressure I'll turn into a diamond. One that she's gonna rip out of the ground herself.