Shrill: Notes from a Loud Woman 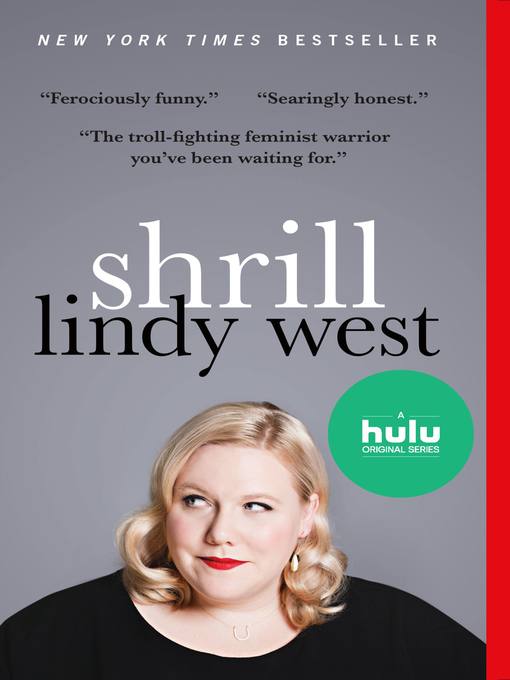 This is a 242-page book, and I made bookmarked 20 of them, some of them meant to cover multiple points on the page. (I read Shrill using the Libby library eReader, which lets you bookmark pages, not passages, as far as I can tell.) With that many items to discuss, I'm overwhelmed and will just write from memory. Lindy West is feminist af, and despite being a white lady, appears to this white lady to be intersectional af also.

Thanks to the Hulu show of the same name, West is presumably now more widely known outside of feminist blogging, comedy, and fat activism. I'm glad she's got a bigger platform, because she's got a lot to say, and all of it incisive and unapologetic, even while sharing her pain and vulnerability.

One of West's most powerful stories may be about one of the more stereotypical topics among comedians and comedy writers: air travel. Her essay, The Day I Didn't Fit, is about the comfort of first class, and how it is not actually comfort, but the lack of discomfort of the rest of the plane. The essay is also about flying while fat and how shitty people can be.

Also: the smug, anti-fat bigoted autocratic boss is Dan Savage! West's challenge to him was to stop using his bully pulpit to bully fat people. It's possible she and her husband first connected over a similar challenge West made to comedian Ahamefule Oluo about herpes jokes.

I remember that the punchline was "herpes," and it was killing. It wasn't a self-deprecating joke about the comic's own herpes. It was about other people. People with herpes are gross, ha ha ha.

She shouted that she could have herpes and that a ton of people in the audience probably did, too.

A lot of the book is about, or has as a major subplot, West receiving online vitriol for her complaining about sexism, like saying rape jokes aren't funny. The same community that accuses West of being unable to take a joke--turns out they're very very sensitive--and vindictive.