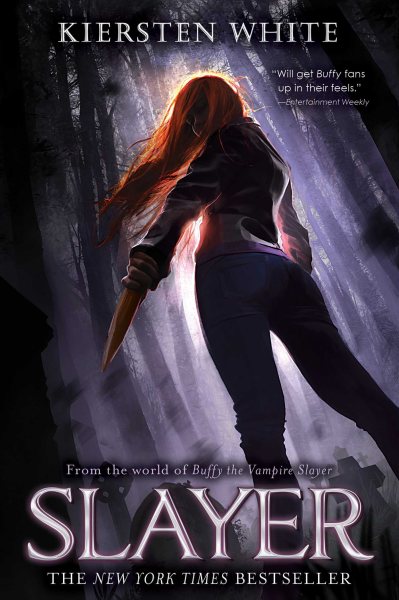 This Slayer, Athena "Nina" Jamison-Smythe, lives in Joss Whedon's Buffyverse, starting after season 8. You'll remember that there are seven seasons of the television show. Season 8 is in comic book form only. Athena's sister, Artemis, is the thriving twin, the one more likely to be chosen, which is hard on everyone.

White got the gig of extending the canon partially because she showed up at something or other wearing a Sunnydale High T-shirt. She's true to the Buffyverse, while doing a good job of imagining things from a different perspective, that of the families that produce Watchers. She gets off a few good lines, too, like "she is as old as sin and far less pleasant."

Until her Slayer powers manifest, Nina is a healer, given medical training because it's clear she's not a fighter. Her orientation puts her in a position to ask why the Council members' focus is on fighting, not fixing. It's a good question!

One of my favorite moments in the book is when a young watcher decides to dedicate his thesis project to creating a reference work on demons.

The whole demonic landscape has changed, and it's up to me to cataloging it!