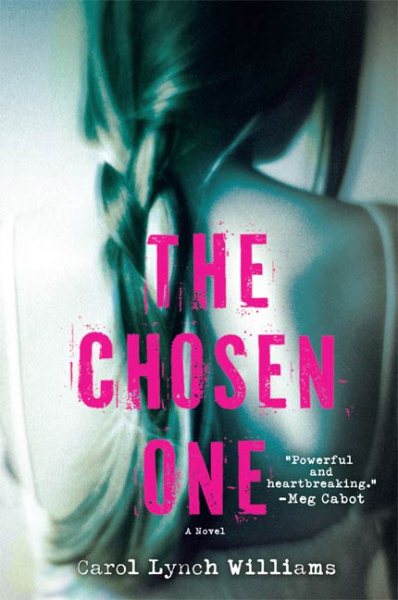 Almost-14-year-old Kyra has 22 siblings from three mothers. She lives in a polygamist Christian society called the The Chosen Ones. Men are chosen and are good to get into heaven once they have three wives. Girls need to be chosen by a man to be a wife to get their shot at the afterlife.

I've wondered how polygamy works, how a normal birth pattern of roughly equal amounts of cis boys and girls could support at least three women to every man. Williams provides and answer: the men don't stick to their age peers. Lucky Kyra is Chosen to be 7th wife to her uncle and is beaten for her trouble when she tries to resist. Perfect system!

I'm interested in stories like this one, about women and girls in oppressive cultures, but Williams's world is maybe too heavy handed. Plus she casts a man as a librarian, which always gets on my nerves, since most librarians are women. If I want to be petty, I'll tell you that the librarian, Patrick, drives a "mobile library on wheels." Would they really give the bookmobile such a redundant name?

Pettiness aside, this is a short novel that still feels long. But weirdly, if there were a sequel, I'd read it.