The Beauty That Remains 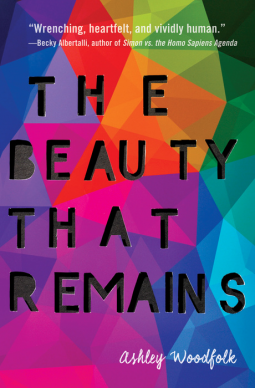 Three teens are dealing with grief. August: a best friend, Shay: an identical twin, and Logan: an ex-boyfriend. Although their stories don't intersection until about halfway through the book, the three are connected via an unraveled band: Unraveling Lovely. August's dead best friend was the brother of UL drummer, Dante; Shay managed the band, and her twin sister Sasha dated the guitarist, Rohan; Logan sang.

It took me a while to get into the book; I was having trouble keeping the narratives straight, but eventually I managed it, and then I was sorry to see the book end.

The author, who appears to me to be Black, is on the Children's Book Council on Diversity. Her characters are Black, LatinX, transnational Korean adoptees, East Indian-Americans gays, and lesbians, mostly from Queens, so yeah, representative of their community.