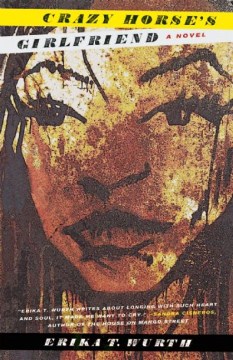 Margaritte's life is rough, and so is her story. I gather from the acknowledgments that Wurth and her agent nearly sold the book to a large publishing house, didn't manage to, and is happy about not having had to compromise. You know what you're in for right from the opening:

I was sitting around in the basement of yet another fucking drug fuck, when I decided to get nervous. I was pretty high myself, and felt like I was sitting on the edge of a lake, the sun setting hard and fast, like it wasn't the sun at all, but a wild, terrible stranger who was ready to take me down with him into the dark.

Margaritte and her friends are mostly American Indians of one tribe or another. She's got a white alcohol-American father, a spineless mother and six-year-old twin sisters. Her best friend is her cousin Jake, with whom she deals and who's been in and out of juvie a bunch. She has one straight-A earning friend, but other than her (Julia), Margaritte and the people in her world don't have a lot going for them.

It can be a hard read, with people you care about making bad decisions, even if they are the best decisions they know how to make in their impoverished circumstances.

You can tell Wurth is a poet when she writes things like, "I could hear the traffic in our silence..."

Despite the fact that it feels a hair long, Crazy Horse's Girlfriend is well worth your perseverance.

Tidbit: I ordered the book via ILL from NYPL. They ordered it instead and automatically held it for me. I liked that!