Owl and the City of Angels 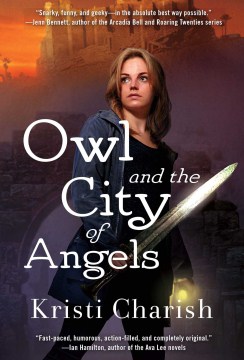 Pretty much same review as Owl and the Japanese Circus. Thief of supernatural artifacts and trainwreck Owl (Alix Hiboux) is tasked by her dragon boss with stealing some magical objects someone pretending to be her has already stolen. In the process she has to deal with her boyfriend's sociopathic brother, gets cursed, tangles with Somali pirates, and...I won't even say what goes on with her cat, Captain.