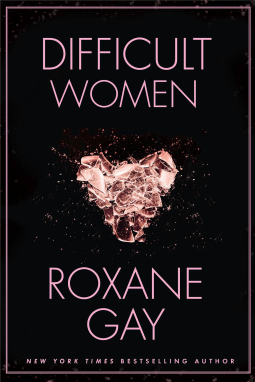 I can’t remember how I found this book--review in Bust? It seems like a Bust type of book--but I know I was interested because the author was a zinester in the 90s. (Mystery date : one gal's guide to good stuff Zines P4755m) It reads like a long magazine article on the history of women’s office support work: typing, stenography, secretaryship, written in a personal tone, through a feminist lens, and with enough endnotes to convince you of its authority. It is accompanied by lots of sidebars and historical photos and ads and a lengthy index (♥).

re: 19th century typewriter, “There was also a question of etiquette, which deemed handwriting more polite than mechanical type. ‘I do not think it necessary . . . to have your letters to me taken to the printers’ and set up like a handbill. I will be able to read your handwriting, and I am deeply chagrined to think you thought such a course necessary,’ read the handwritten reply to a typed missive sent by an early adopter in the insurance industry.” p.17-18

re: feminism and working class, “In fact, what the Miss America protestors should have thrown into the Freedom Trash Can was a coffee pot, because when it came to gender politics in the office, the battle was fought over coffee--and who should make it.” p.200 (citing a Fortune article “Beyond the Liberated Secretary.”

This is a fast, enjoyable read, and gives you an idea of what life is like for women in Afghanistan. Ms. Rodriguez is a likable if not always reliable narrator. As she says herself, "Sometimes I wonder if I'm doing much good here. There are many of us Westerners who want to help Afghan women, but our efforts don't always help them in the ways that we hope they will. ... It takes a long time to understand how the complexities of these women's lives differ from the complexities of ours." (p.259)

Comix with footnotes--hubba hubba! But of course one's enjoyment is tempered by the fact that the facts presented about the prison industry are infuriating.

These prisoners are now seen as an economic opportunity. "When legislators cry 'Lock 'em up!,' they often mean 'Lock 'em up in my district!'"
"Prison Town: Paying the Price" by Kevin Pyle and Craig Gilmore

On average 80% of new prison jobs go tot folks who don't live, or pay taxes, in the prison town.
"Prison Town: Paying the Price" by Kevin Pyle and Craig Gilmore

African Americans make up 13% of the U.S. population
And 13% of drug users
35% of drug arrests
55% of drug convictions
74% of those sentenced to prison for drugs.
"What's Race Got to Do with It?" by Sabrina Jones, Ellen Miller-Mack, and Lois Ahrens

Vikki Law, who also edits a zine by and for incarcerated women called Tenacious, has written a dense (664 endnotes!), but eminently readable chronicle of the struggles and travails of women in prison.

This book is ridiculously informative, but be warned it is also meant to incite. As Vikki inscribed in my copy, "Remember, prisons don't fall on their own--they need that extra push!"

Don't tell anyone, but I've never taken a women's studies class. I knew Dworkin was a controversial figure and anti-pornography activist, but not much more than that. Unfortunately, she turned me a bit against her in the first couple of chapters, with sentiments like:

Background on what zines are and on the Barnard Library Zine Collection.
Discussion of the value of zines as research materials.
Discussion of three particular zines: Figure 8, Evolution of a Race Riot, and the "Fuck You, High School" issue of Boredom Sucks.

Ileana's bio:
Ileana Jimenez has been teaching English in independent schools for twelve years. For the first seven years of her career, Ileana brought a feminist vision to single sex girls’ schools in Baltimore and Washington, DC. Working with girls and encouraging them to write personal stories about race, class, gender, ethnicity, religion, sexuality, and body image became the focus of both her classroom and scholarly work. She now teaches at the Little Red School House & Elisabeth Irwin High School (www.lrei.org), where she offers courses on feminist women writers, artists, and activists; race, class, and gender in American culture; LGBT literature and film; Latino/a literature; memoir writing; and a seminar on Toni Morrison. Ileana also coordinates a professional affinity group for LGBT independent school educators in New York, and continues to be involved in national conversations about education and social justice. She frequently leads presentations on integrating Latina/o and LGBT authors in the classroom as well as creating inclusive programming for LGBT students of color and their allies at the annual NAIS People of Color Conference and the NYSAIS diversity conference. She is also a frequent panelist and speaker at Smith, particularly for the college’s diversity, alumnae admissions, and alumnae affinity group initiatives. She is currently the board vice chair and secretary of the Astraea Lesbian Foundation for Justice (www.astraea.org) and is a judge for the Lambda Literary Awards, one of the nation’s premier LGBT awards. Ileana received her MA in English Literature at Middlebury College’s Bread Loaf School of English and her BA in English Literature at Smith College.